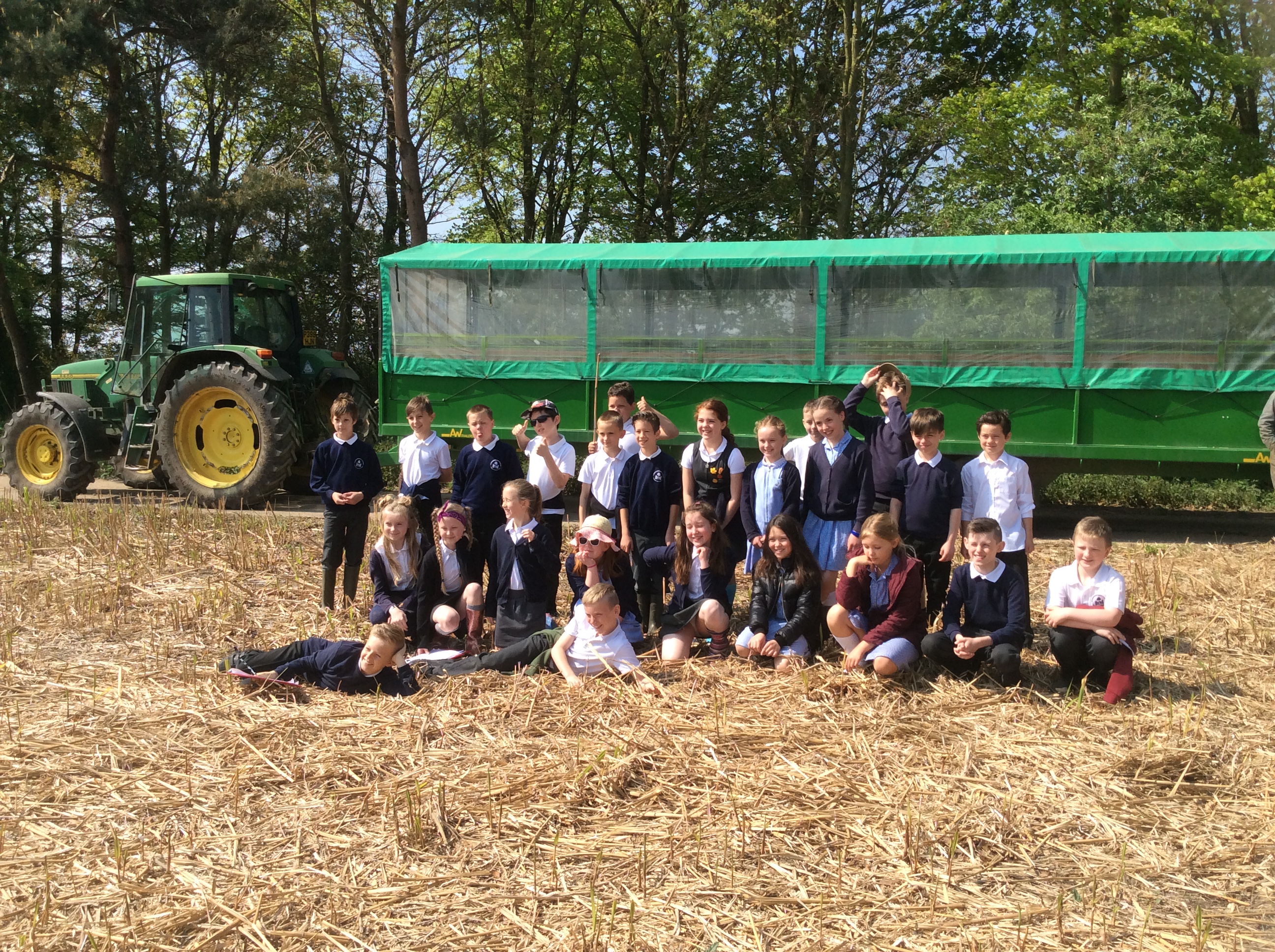 May has been a short month in the school calendar with the Easter break but we have been busy as usual. Our vegetable gardens are growing well and it's lovely to see all the children get involved in planting, tending and harvesting their own crops. Year 5 have been on a visit to one of our local arable farms where they learnt about the different crops grown there and had the opportunity to ask lots of questions about their own growing area. We have a new vegetable growing area, which increases our growing space so we can supply more of our own organic produce for hot school meals. So far we have planted out lots of tomatoes, radishes and salad leaves to supply our school salad bar at lunch time.

FS1 have been tidying up after the pigeons ate most of their bean plants! They are planning on planting more after the half term break. The rest of their crops are growing nicely, the spring onions are ready to harvest and the children have been thinking about what they would like to do with them.

FS2 have been following the flavour school program by investigating tomatoes, they had to make observational drawings, describing how the tomatoes looked. We were so exited to sample our very first batch of honey from our own bee hive. We were inspired to Learn more about the bees -they need to visit 2 million flowers to make one jar of honey!

KS1 have also been following the first of the flavour school lesson plans in food education. They have continued their tomato observations, paying close attention to the differences in the varieties of tomatoes. After discovering that tomatoes come in lots of colours they made a request to the kitchen and we now have yellow, orange and even purple tomatoes on our salad bar. The children who have been following the lessons on tomatoes have been eating more of the tomatoes at lunch time as a result. After some of our teachers brought back a recipe from their visit to Poland? As part of the Read, Write, Eat Project the children all had a go at making pretzels which were very salty and quite chewy.

LKS2 have been writing poems from their fruit observations. They have also been busy planting potatoes.

UKS2 have been finishing writing a review of the plum loaf they made last month with beautiful illustrations. The children have enjoyed getting out in the garden to fill the last of their beds with broad beans, runner beans, sprouts and butternut squash. They also planted more radishes after some mysterious gaps appeared in the rows... we are wondering what has been eating our crops? The tomato plants that had outgrown their pots have now been planted out in  various places around the school. We had one of our big cook days, with the whole of UKS2 making Buckwheat Bread at the same time in the school hall. Chef joined us to offer expert advice and the children loved getting messy with more flour on their uniforms and the floor than in the bowls!

At the Snack Shack we made apple, sage and poppy seed scones which we served  with cream cheese. We also made fresh Berry baskets with filo pastry, cream cheese and lemon zest, topped with lots of seasonal berries. These were very popular if a little messy to eat! We have lots of requests for our smoothie ice lollies which I've promised for next month.